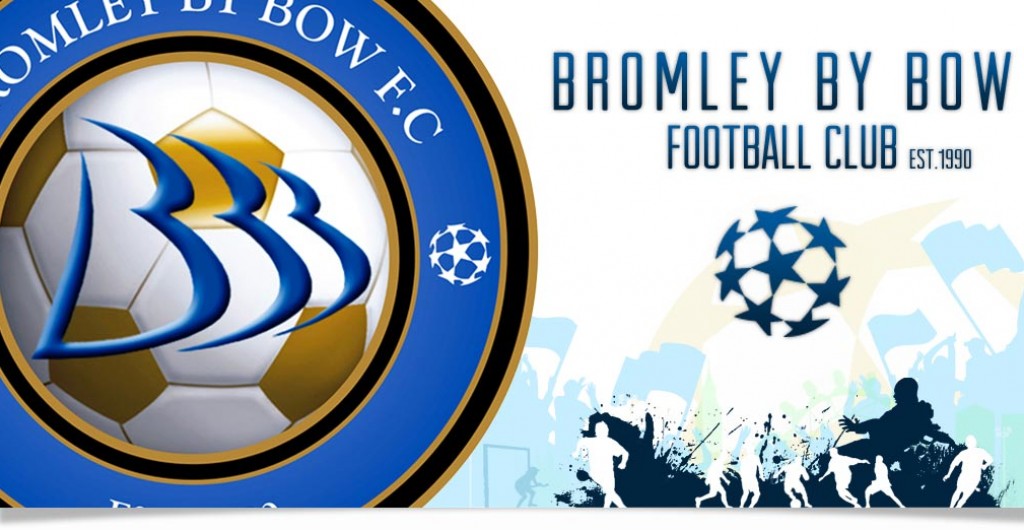 The Team quickly established a reputation for being one of the best teams in East London by winning the majority of tournaments that the team participated in. As the team matured, it was decided that the best way to progress and move forward as well as increasing participation would be to establish an 11-A-side team.

During the annual awards of season 1999/2000, Bromley By Bow FC were nominated in 5 Categories which included:

The team also joined another Asian winter league division 2 and have successfully been promoted to the premiere division.

Bromley By Bow FC currently participate successfully in the Premier Division of the BFA Summer League as well as the premier division of the ILFL Winter League. The main objective of this team is to use football as a tool to divert younger members of the community from drugs, violence and other anti social behavior, which has been alarmingly on the increase.

We also want to increase participation and include as many young people as possible to help develop various skills such as communication skills, leadership skills, team work and encourage individuals to express themselves in a positive way. Our aim is to also address other issues relating to health by educating the youth in the importance of exercise, healthy diet and the dangers of drugs and alcohol abuse.

It was due to the closure of the Coventry Cross Youth Project that the support stopped but because the team was very successful with its aims and incidents within the local area reduced drastically, it was decided that the hard work must not stop and the team continued operating by taking the decision to concentrate on more local tournaments.

The cost of running the team was entirely based on the team members contribution from their own pocket. However, in January 2000 we did receive a financial contribution from Poplar Harca who helped Bromley By Bow purchase a set of team jerseys. Also in 2001, Wates construction contributed towards another set of team jersey but overall, the majority of the cost for equipment, fees, travel is contributed by members of the squad.

Bromley By Bow FC have participated in some memorable finals and we attracted a lot of press from the local community newspaper as well as various Bangladeshi newspapers for our achievements, hard work, commitment and the positive contribution to the community.

Bromley By Bow FC holds a training session once a week on Thursdays at Marner Primary School and we have placed various posters as well as advertisements to invite more people to participate and have received an enormous response. It was due to the natural talents of members within the Bromley By Bow Squad that various players were scouted to play for Sporting Bengal who are the first Asian team to have been accepted in the National Intermediate League which is affiliated by the Football Association and were also subject to a documentary on the BBC about the rising talents within the Asian community and the inclusion of Asian players in the mainstream league.

Sporting Bengal have now stepped up and are currently in the Go Kent League with various players from Bromley By Bow FC representing their squad. It is due to the lack of financial support that the senior members are finding it increasingly difficult to continue all the hard work that has been done over the past years and as a result, we are loosing valuable talented players to other teams with better resources because they cannot afford to contribute mandatory fees due to their backgrounds.

We are also experiencing a decline in participation as a result, drug and criminal activities are slowly increasing within the community as a direct result.

Bromley By Bow FC and everyone within the community honestly feel that in the past, we have been very successful in promoting all the values that we believe in. We strongly feel that with some financial backing, we can continue to promote our aims and objectives as well as make a positive contribution to the local residents.

The participating young members will not only be involved in such a healthy activity that they enjoy taking part in, but also be part of an education process where they will not only learn the dangers of smoking, alcohol and drug abuse but also be educated in the positives of exercising, healthy diets and learn about various important body functions as well as express themselves in a positive way.

The team is always open to receiving any kind of help whether it is professional advise, coaching, financial and even transportation.

Bromley By Bow FC is committed, professional, focused, well organised and the weekly Sunday football games give the young members something to look forward to. We have been successful in promoting all the values we believe in and would like to continue with the hard work that has been done in the past but in order for everyone to benefit from this. It is extremely important that we receive financial assistance on a continuous basis so that we can lay a good foundation for the new generation of young members of the community to join and benefit from being part of this project because at present we do not receive financial support from any organisation and all the costs in contributed by the members of the squad directly from their own pocket on a voluntary basis.

The local community feels that it is important to invest in such projects because from past experiences, incidents do actually reduce drastically and the general feeling is that the youth from Coventry Cross are very much neglected. The team and the local community also believes that any financial contribution will be a small price compared to return of having a crime free community where the local residents feel safe and comfortable within their own homes.

Our aim is to primarily target youths in the community regardless of their ethnic backgrounds, sex and disabilities.

Due to the success of our A team and the huge participation level, we decided to set up a B team, Bromley Juniors FC.

This was done in 2006 and the team successfully competed in the ILFL division 1 finishing a very credible 5th and to date have been promoted to the Premiership.

We have now formed an Under 14/16 Bromley by Bow team along with a recent football club, BOW FC – covering Bow/Stroudly Walk Area. This totals 5 Teams/Projects under the Voluntary Organisation BBBCO.

Runners up in the Bethnal Green County tournament

Represented London in the U.K 7-A-Side tournament which was held in Nottingham University and reached the semi finals.

Runners up in the Metropolitan Police Community Tournament held in Victoria Park.

Champions of Academy of Arsenal 5-A-Side tournaments which was played in Spitalfields Market and was presented with the trophy by Arsene Wenger during a post tournament dinner party.

Officially formed the 11-A-Side team and runners up in the Sporting Bengal fund raising tournament causing an upset by defeating the favorites in the first round.

Entered the B.F.A (Bangladeshi Football Association) Summer League First Division and became the first team in the history of the competition to have won the league unbeaten and promoted to the Premiere League

2000 – Entered The Asian League Division 2 and won promotion to the First Division by finishing top of the league.

2001 – Changed leagues and entered The League Bangla winter league Division 1 and successfully promoted to the Premier League by finishing as the runners up.

2004 – Currently successfully competing in the League Bangla Winter League Premier Division as well as the Premier League of The BFA Summer League.

Bahar Ali gets Young Player of the Year

Oliur Rahman gets Young Player of the Year

BFA’s Best Supporters of the Year! 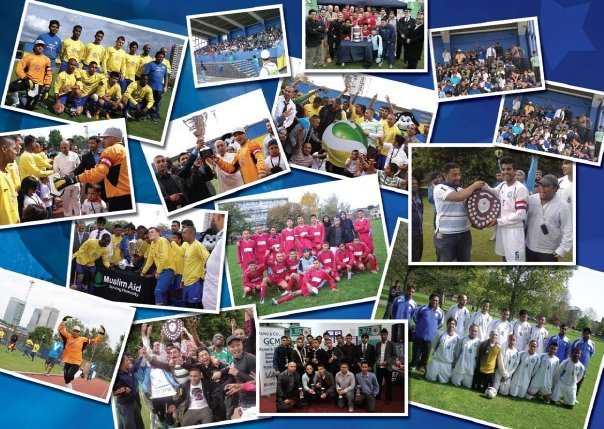 Bahar Ali gets Player of the Year & Engle Capello gets Golden Glove.

2009 -Bromley B Team get promoted to Winter ILFL Premiership 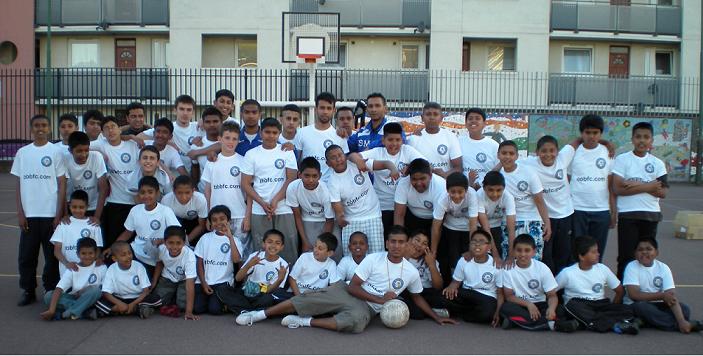 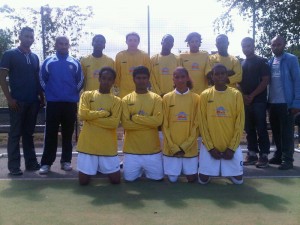 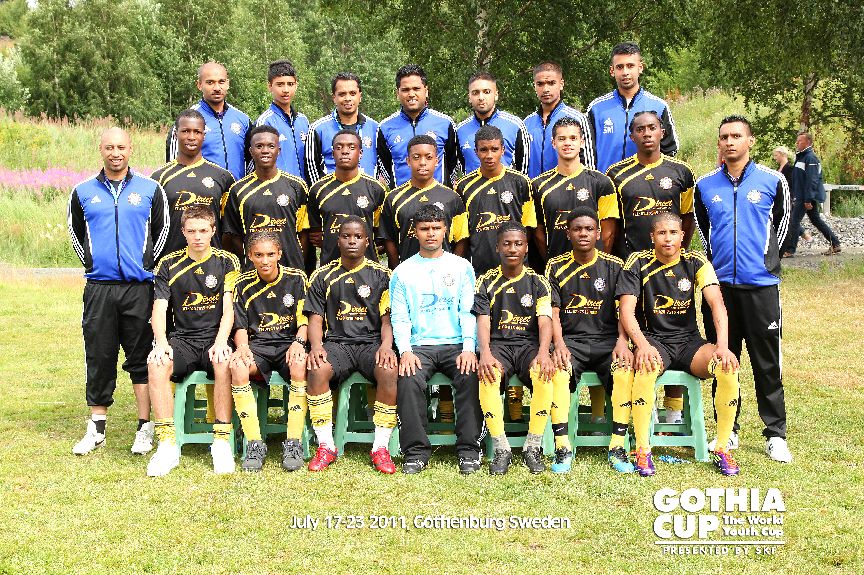 A New Project that provides a Under 16 Sporting Project in Bromley By Bow 2013.